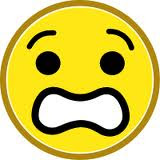 A major part of preparing for surgery for me has been perfecting my happy place. I have a significant fear of anesthesia, stemming from dental work I had done in the seventh grade. Apparently I had too many baby teeth in my mouth, so several had to be pulled, and one stubborn tooth had to be pulled down from the gum in which it was hiding. Enter the anesthesia, which in the seventies when this took place, was probably not the best. All I know is I awoke screaming for my mother, convinced the dentists were talking about how they couldn't wake me up; that I had died. Scary, huh?

Fortunately I have a wonderful therapist and weeks ago she began working with me on finding my happy place. She calls it trance, which I find a bit frightening. Trance makes me think of losing control- of Fred's hypnotized state in one Flintstones episode where he walks around repeating, "Yabba Dabba Doo." (Or maybe those were alien or robot Freds or something. I tried to find the clip on YouTube to no avail - yet I stumbled upon this fascinating clip of Fred and Barney smoking instead).

Still, despite my fears about trance, I wanted to surrender, to give up control, since that's what I would need to do for surgery . So, I settled into the couch, closed my eyes, and placed my hand on my therapist's dog's tummy for life support.

Now imagine your belly as a balloon, she said. Any color balloon you like. Now fill that balloon up with air, breathe in, and out. Think Strong on the in breath, Calm on the out breath.

This I could do. This was good. We practiced this for a while and then she asked me to think of a place, a place where I felt calm, a place in nature. Like the forest, she suggested. Uh, no way. Wild animals. Crazy conspiracy theorists living in log cabins. Or by the water, on a beach. Yes, a beach. Good, OK.  I pictured myself on a beach. In a hammock.
"You can hear the waves, crashing on the shore," she said. "The birds...everything is peaceful."
Crap, I realized, this wasn't going to work. I'm covered in freckles, making me a perfect candidate for skin cancer. I already had one basal carcinoma removed from my nose. Long gone were those high school days when I idiotically covered myself in baby oil and held one of those reflectors up to my face. How could I relax here?
How are you doing? she asked.
"I'm scared of getting skin cancer," I said in a trancy voice.
Imagine there's a bottle of suntan lotion on your hammock, she said. SPF 30.
A bottle of Coppertone magically appeared, but it wasn't enough. So I put a hat on my head. And an umbrella next to my hammock. Still, I couldn't shake this feeling that someone was watching me; a woman alone on the beach.
Maybe you want to go for a walk? Or a swim?
Was she f'ing kidding me?
"I think I'm going to go inside now," I said.

That was weeks ago. I'm happy to report that since then, I have perfected my happy place, which includes books, a fireplace, a black lab, and occasional visits from both Will Ferrel and Brad Pitt. I'm hoping to spend as much time there as possible in the coming weeks.