I often wonder how my life might have turned out had I not received such a crushing rejection at the age of ten when I sent off my first skit idea to Saturday Night Live.

Forget that crap Carol Gilligan writes about girls' confidence automatically taking a nosedive shortly after that age....I'll tell you what caused my nosedive: this rejection. This FORM rejection. Ann Beats - would it have killed you to at least put a little note of encouragement in there?  Writer and teacher friends - you know what I'm talking about, right? A  little "Came close, but no cigar" - or "This wasn't quite for us but we really like the phallic take on the noses...?"  Anything for all this hard work?
(and yes, Ms. Beats - I'm spelling your name wrong on purpose, just as you spelled mine wrong on the envelope.) 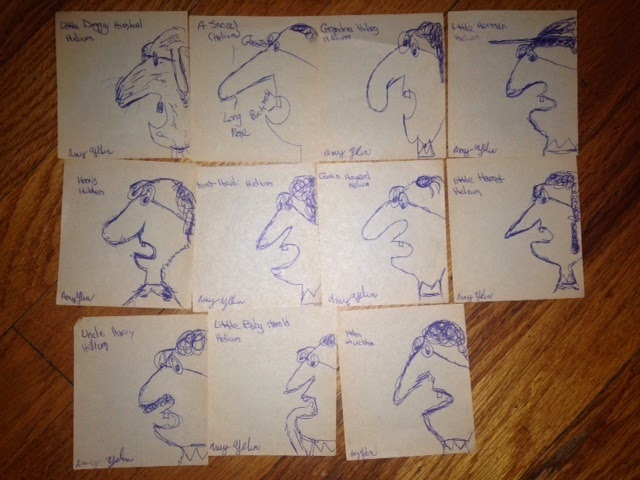 I know what you're probably thinking now, readers: So NO ONE ever scooped up this genius idea? Seriously?
That's right folks. I gave up after that first rejection, joined a Jewish girl gang led by an Irish Catholic chick and became a mean girl, and this little gem has sat in an envelope collecting dust for the past 36 years. So if you're in show biz and you're interested in creating an Amazon series or a podcast about the trials of life for a family with big noses, let's talk. 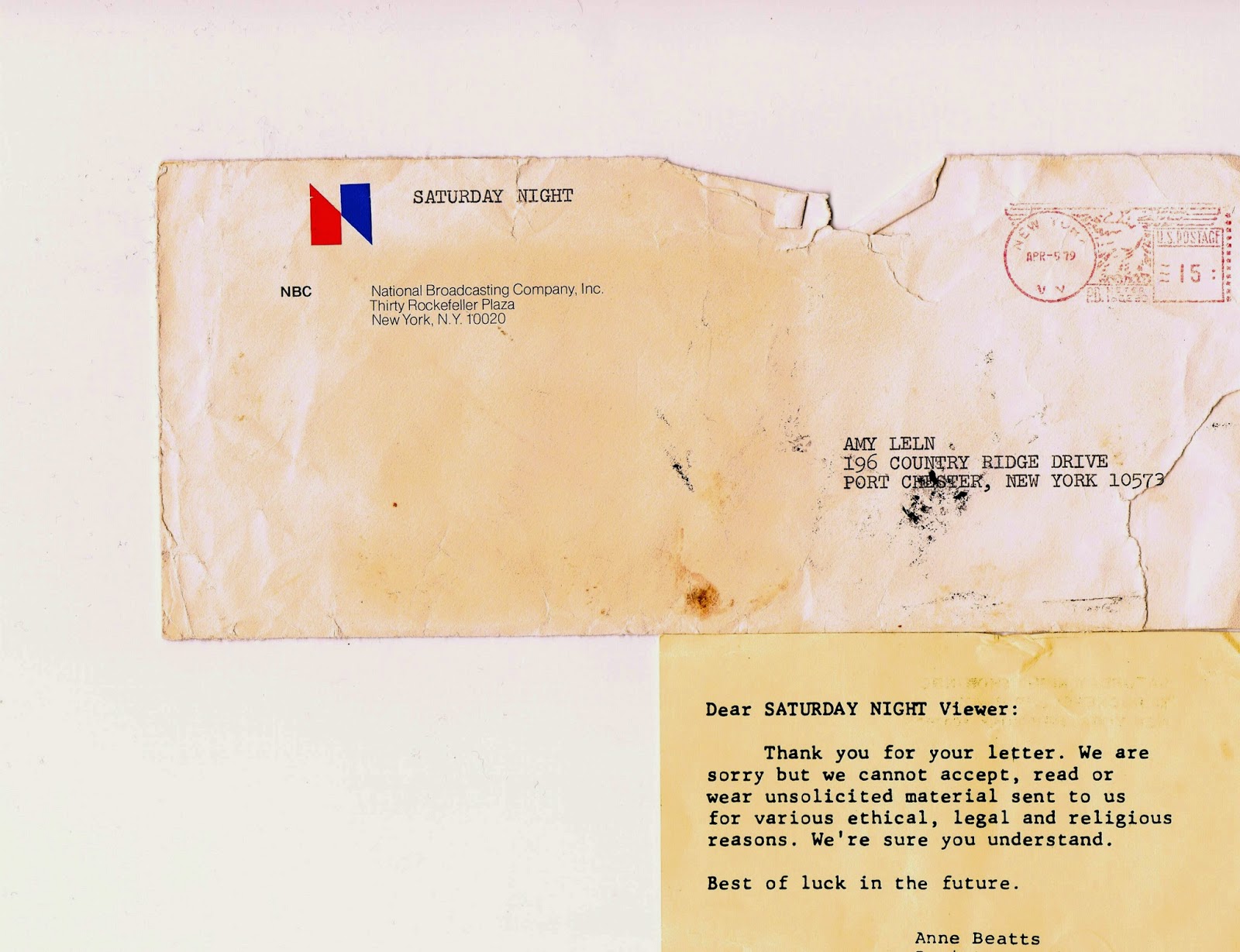 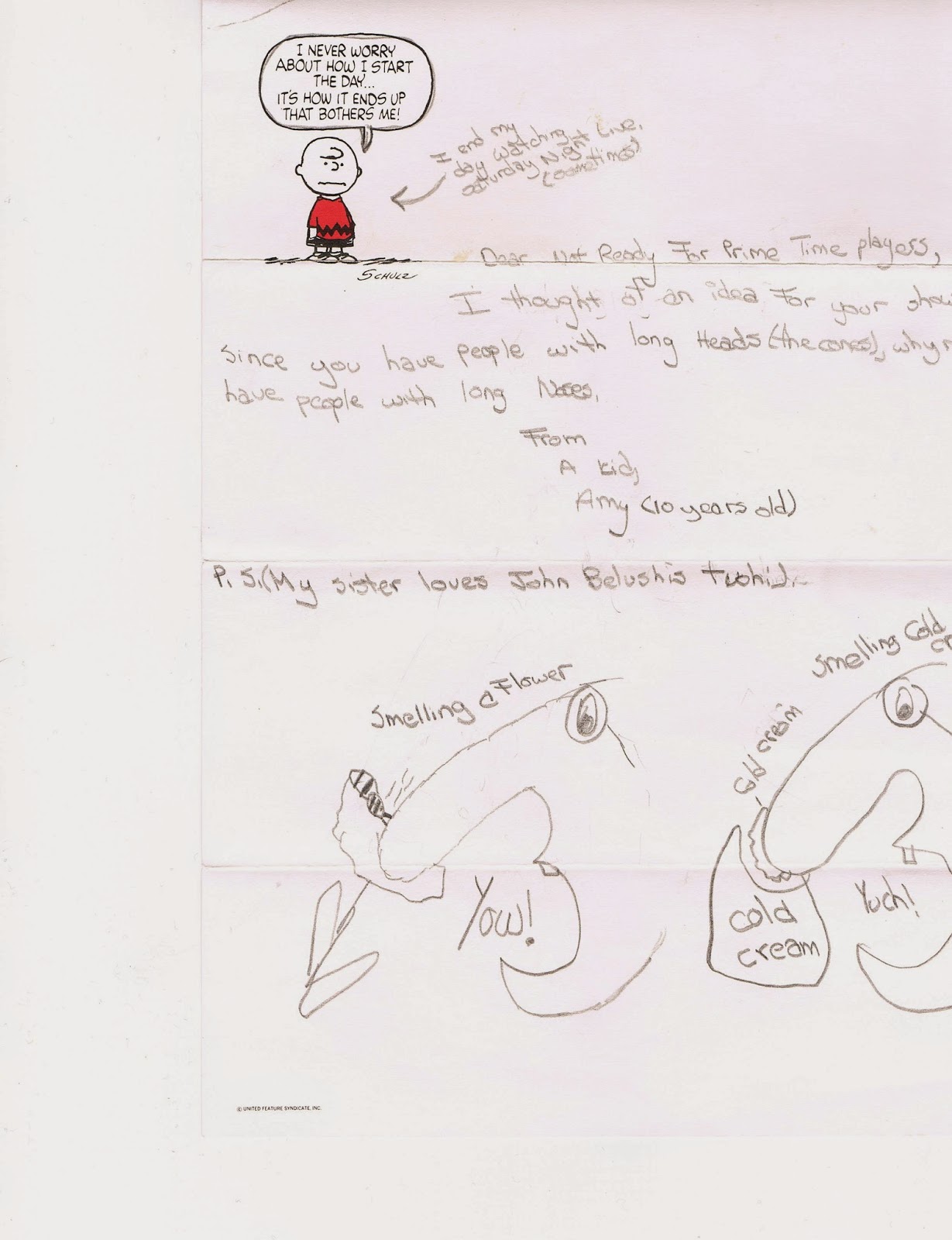 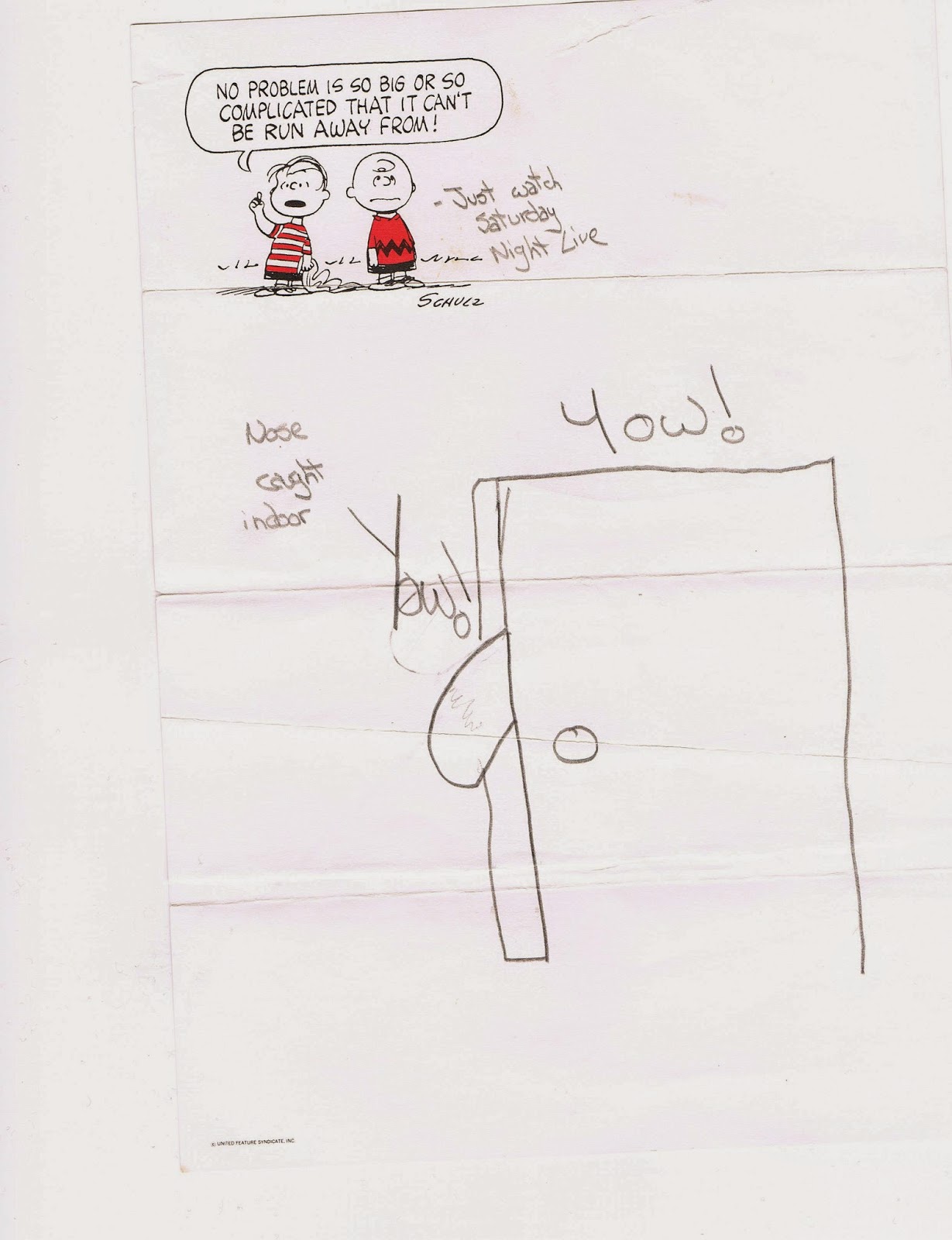