Hostile buddha - and now I rant

The other night my husband told me I was hostile. I told him he was right.

Blame the chemo.
Blame the bad taste in my mouth and that everything tastes awful (except for everything you kind people bring to me...)
Blame my inability to yell at the top of my lungs.
Blame trying to manage fatigue while managing two rambunctious (that's putting it kindly) children.
Blame my hormones (as I know the men will immediately do, anyway).

I have taken my hostility out not just on my family but on members of the local academic community. I called the school earlier this week after the latest robo-call telling me that Ethan was absent when he wasn't.
"You know that the kids are late every day, right? You know that I'm going through chemo (poor me)? Stop the $!@% robo calls."
No, I didn't curse. But I wanted to. The woman tried to explain herself...there wasn't enough time to switch the absence to a tardy before the terminator was scheduled to phone home...something like that. I responded and although I don't recall what I was saying, she hung up on me mid-sentence. Bitch. 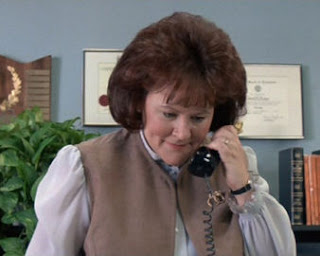 So I emailed Ethan's teacher and kindly asked if she could just mark him tardy every day, not absent, and that I'd call if he were absent. They probably think I'm nuts, asking to mark my kids late every day (although he is, so what's the difference?) I also bitched via email because they sent home a huge pile of the wrong kids' work from this year. But you see, I can't stand the paper! Don't send me any more #%! paper! I already put most of Ethan's first grade class work into recycling (which Ben got mad at me for and pulled it out), and now I'm forced to sort through all of Eddie's paperwork before realizing it's Eddie's?! NOOOOOOOOO...........
I wrote the teacher another email: "Would you like me to send Eddie's classwork back in the folder, or put it in recycling?"

I guess that was a little hostile.

Does anyone know if this is normal behavior toward the end of chemo? I'm usually a nice, well-mannered, patient  person. I think. Now, with 13 days to go until my LAST treatment, I'm this guy (without the drums): 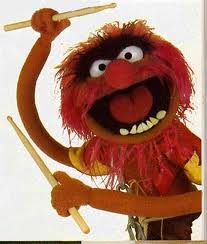 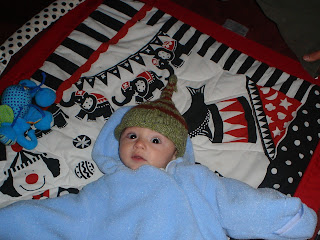 Three weeks from today is Jonas's SIXTH birthday. Not that I'm counting.

Cliche alert: Where did the time go? Blink of an eye?

We watched this video the other night. It's one of my favorite Ethan & Jonas videos of all time. Ethan is trying to teach Jonas how to use a walkie talkie. I miss these little guys...

Things are getting a little funky around here, so please allow me to get you up to speed.

A little more than two weeks ago, I went for my fourth (out of six) chemotherapy treatments. A few days after, my voice started getting a little hoarse. Occasionally, when I had to cough, my cough would get trapped in my throat and I’d become Maggie the sea lion (below), a sound alarming not only to me, but to the person with whom I might be talking at the time. I’d put my hand up in the universal sign of no problem and then in a hoarse voice confirm, “I’m Ok.”

This continued for a week, and then another week…the hoarseness in particular. When I learned that eight kids in Jonas’s kindergarten class had strep throat, I finally called the oncology nurse.
“I’m not really all that worried about it,” I said to her, “but when I learned that (garbled something) kids in my son’s kindergarten class have strep, and I’m having problems with my voice, I thought I should call.”

“What did you say?” she asked. “Something about strep?”

“(Garbled something) in my son’s class have strep,” I tried to say again.

“I’m still not getting it,” she said.

I opened my mouth to attempt to say the word “eight” once more and still, nothing doing. I simply could not say that number between 7 and 9.

“Ok, I can definitely hear you are having voice problems,” she said. After asking me about fevers and other symptoms I did not have, she added, “I don’t really think you have strep. This doesn’t seem like strep.”

When I asked ‘what do you think this is’ and ‘have you seen this before with chemo?’ she replied, perplexed, “Well, No. Not exactly”

So she called my oncologist and called me back. Guess what? The doctor was perplexed too (never a good sign). Together they decided I should go see an ear, nose and throat specialist, which I did two days later.

And here’s where it gets more interesting. The doctor, who was very nice, asked if she could stick a weird looking device with a little camera on the end up my nose to look at my vocal chords. The old Amy would have freaked. You want to stick that up my nose? Are you you f’ing shitting me? But seriously, folks, what’s a device stuck up your nose compared with several breast biopsies, having your whole boob removed and replaced with a bionic implant, and having chemotherapy pumped into your body through a port inserted into an artery in your chest? No biggie in my estimates.

And, in the end, it really was no biggie. A little uncomfortable, but quick. She made me say a few things, like “Eeee”…and then she was done.

“Well,” she said. “I have good news and bad news. The good news is, you don’t have the things we typically look for first when someone is having this problem. Cancer or polyps." She paused. "What is happening, however is that your vocal chords are responding like that of an 80-year-old.”

Excuse me? WTF did you say?

She went on to explain something called vocal chord bowing, and she mimicked it using her hands to show me what was going on. “It’s likely caused by the chemo,” she said, “But I’ve never seen it happen in someone your age.”


She suggested speech therapy, and I suggested not right now, with everything else going on.

“Do you think it will go away after chemo?” I asked.

“It probably will,” she said (OK, let’s recall that she had never even seen this before in someone my age, so I wasn’t feeling all that reassured).  “But if not you can do speech therapy then.”

In a nutshell, I now have what is referred to here as “Geriatric Voice.”

In addition, my eyes have been tearing like crazy for about a week, so I look like I’m crying all the time (despite using the antihistamine eye drops that my primary care physician recommended – although she seemed somewhat perplexed as well, as was indicated by the statement “Chemo does weird things.”)

And Saturday night I noticed my right ankle was swollen. This immediately made me think of my grandmother Yedda (may she rest in peace) whose most distinctive feature, at least that I can remember, were her very swollen ankles. This, combined with my geriatric voice problem, did not put me at ease.
When I phoned the oncologist on call, he said, “Is it just around the ankle?”

I stretched my legs out in front of me for another look. “Yes, I said. Just the ankle. The calves look the same.”

“Ok,” he said. “If that changes, and if anything else beyond the ankle looks swollen, you should go to the emergency room. Then it could be a blood clot. Good night.”

Alright, no, it didn’t happen exactly like that. But that’s what it felt like, as I was about to go to sleep and how on earth was I supposed to relax if I had to watch my leg for further swelling or else die in my sleep from a blood clot?

Eventually I did fall asleep, with my right foot raised on a pillow. (I’m happy to report that the swelling did go down and I'm still alive).

And this Thursday, I have my next round of cockamamy chemo. What awaits me after #5, I wonder? Cockamamy hair growing out my ears? Or something worse? Right now I still feel pretty lucky. While annoying, the problems I’m having right now are manageable. Losing voice? Talk less. So don’t take it personally if you call and I don’t call you back. Try text or e-mail.

As you can tell, I’m enjoying using using this cockamamy word. As a kid, I used to hear the term thrown around by my Jewish relatives a lot (including my parents), but somehow I’d made it to 44-going-on-80 without ever using it in a sentence before—written or spoken. I actually had no idea how to spell it when it first returned to my consciousness, and my initial attempts at searching brought me to this:

Which has virtually nothing to do with the word that I can tell, but I do like the song.

And no, it has not escaped me that the word breaks downs into: “cock-am-amy.” Although I have nothing to really add to that.

It’s actually a fun word to say. Experiment with it tonight. Throw it into your conversation with your kids, like this:

“Enough of that cockamamy poop talk!”  or “Enough smelling your brother’s cockamamy butt!”

Or with your spouse:

Or with your pet:

“Did you poop on the cockamamy floor again?!”

I guarantee you’ll enjoy using it and those around you will look at you like, “WTF are you talking about?”