Remembering and Wondering about my Mother


I had a mother once. 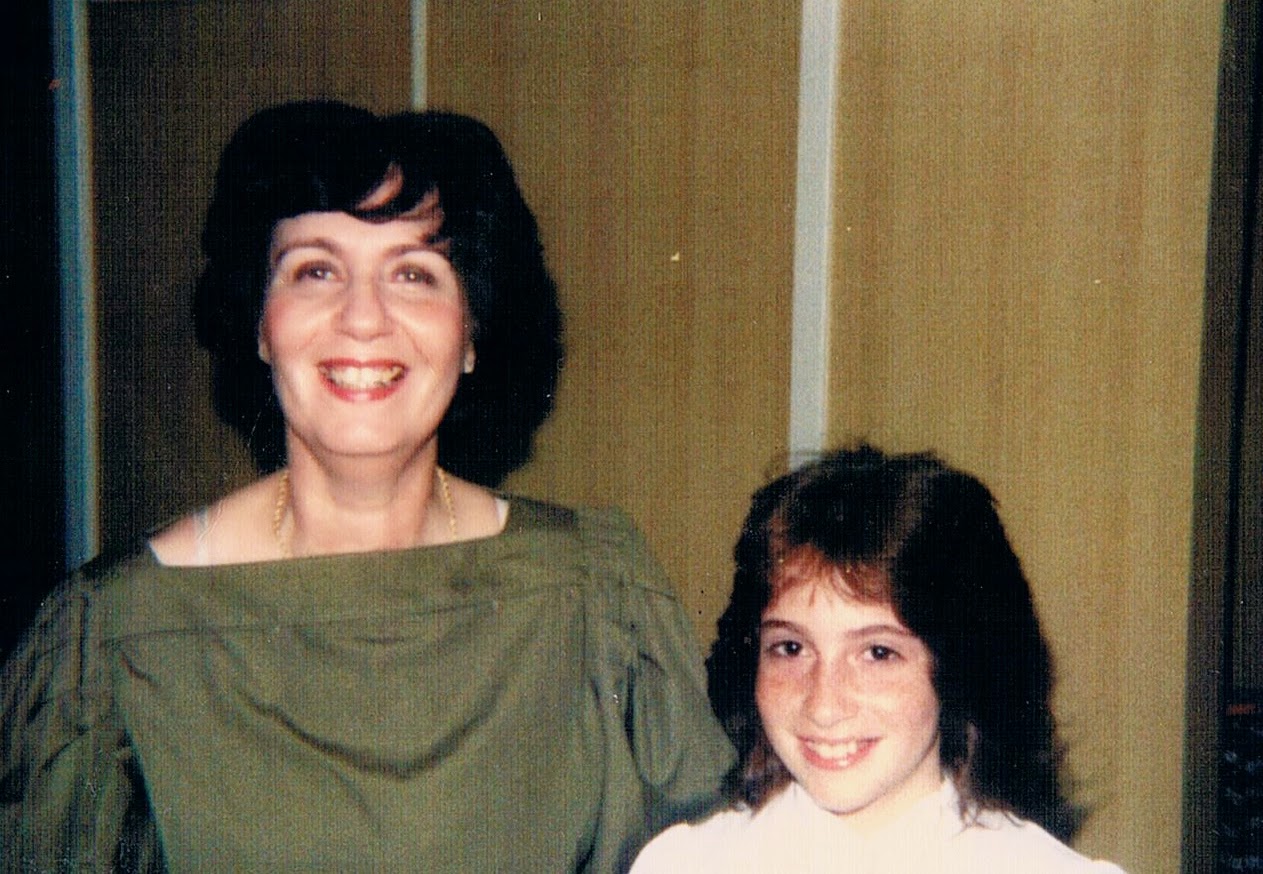 She’s been gone for 12 years, and sometimes I forget what it’s actually like to have a mother. To have someone (if you’re lucky) who cares about everything you do. I mean every single stupid thing that happens to you. Who will care for you without question when you’re sick. And continue loving you even when you’re, regretfully, a bitch.

There are times, many I bet, that my mother didn’t like me. She once called me the "black sheep" of her three daughters. But I always felt she loved me. Truth is, I remained a selfish “adolescent” daughter for a long time. I was 32 when she died, and our relationship remained similar to when I was 16…meaning I still showed little interest, patience or appreciation toward my mother. She died before I got married, although was alive long enough to see me get engaged and to look through one wedding magazine with me. She died before I had children, which is the biggest loss, for everyone. For my boys because I witnessed how much she loved her other grandchildren.
For my mom because she would have adored Ethan and Jonas.
And for me, because as a mother myself,  I now get it. I get her, and how she felt about me. And with that knowledge, maybe our relationship would have been different.

I think of my mom, whose name was Carol, more frequently these days. And not just because of Mother’s Day. But because of cancer.  For one, with my new shorter hair, I look more like my mother. When my sister recently posted old photos of my mom, Facebook tried to tag them as me.

We also finished treatment in the same season. My was mother was diagnosed with ovarian cancer in the fall of 2001, right around the time of the terrorist attacks.  She was 68. That November, she had a hysterectomy. I remember sitting in her hospital room while she was recovering. I remember her saying “I want to be a little old lady one day,” and me reassuring her,“You will, mom."

She did her chemo treatments through the winter, and was pronounced “in remission” that spring, in May I believe. It didn't last long. She died on August 26.

I’m pretty sure I’m not on the same trajectory as my mom; But it’s hard not to think about this similarity. She felt safe, and then she wasn’t. She wanted to volunteer and help other ovarian cancer patients, but she wouldn’t.

I think about this, but I don’t dwell on it.


The thing that bothers me the most right now, however, is how little I knew my mother. I mean as a person. Who was she really? What was she was like as a child? Or growing up? Or as a young adult who went to Israel, the Promised Land, and met the man who would later become my father?

Maybe this desire to know more about her is happening now because I’ve reached (gasp!) middle age. Or because I just had a brush with my own mortality and I wonder: what will my children remember about me? Will they care who I was, other than just their mother, when I’m no longer around?

So, after seeing my friend Betsy’s wonderful tribute to her first husband Joe, I am stealing her idea. She asked people to tell their favorite stories about Joe, and it was just such a lovely and funny and powerful way to bring him and his memory “to life” again, that I wanted to do it too.


I’d like to invite any of you who knew her, who remember her to share a word, or a funny story, or something about her that I might not have known, something that happened before I was born, or after but was too young to know (Kevin, feel free to make something up).

I’lll start with this:

She was kind.
That is the first word that comes to mind, the one I added to this cool Mother’s Day Cloud.

She loved Billy Joel.
And Engelbert Humperdink.
And the Mets.

She once got pulled over for speeding with me sitting in the front seat of the car. I was maybe 7,  but it was like the wild west in the 1970s, B.C. (before carseats). I was holding the frog bulletin board she had just purchased for me and  she begged me to cry so she wouldn't get a ticket, but I couldn't do it. I tried this with my kids a couple of years ago and they couldn't do it either.

When I was in my twenties and a friend of mine (whom my mother had never met) had surgery, she delivered a gift, a stuffed animal, to the woman’s hospital room. For some reason I always loved this story. Maybe because it was a stuffed animal, but also that she went out of her way for someone she didn't even know. And she did it because I asked. Thanks, mom.